Being a black woman in the 1800s was not easy. Ida never let this get in her way. She went on to become a great journalist, an activist and a union leader and made the world a better place. 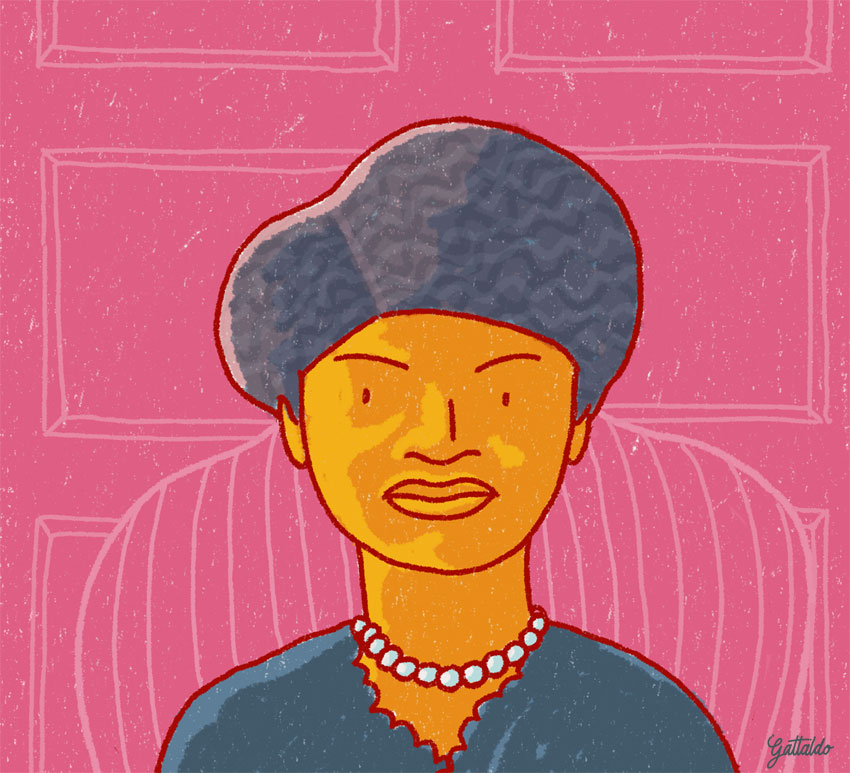 Ida was born a black slave many years ago in 1862 in Mississippi. African Americans like herself were freed from slavery in the first year of Ida's life, but Ida still faced a hard life.

There was this thing called segregation. It meant black people were not allowed in the same spaces with white people. There were separate white and black schools, white and black train carriages and so on. Not everyone was treated equally in Ida's time.

To make matters worse, Ida's mother and father died of an illness when she was just sixteen. Ida found work as a teacher so that she could feed her younger brothers and sisters. Ida's granny looked after her little brothers and sisters while she worked.

Equal rights for all

Ida was strong minded in her belief that everyone should be equal, whether they are black or white, woman or man. She didn't shy away from sharing this with everyone.

One day she decided she had to do something about segregation. She sat in the section of the train which was reserved for white people and refused to give up her seat. It took three men to drag her out.

Ida then wrote a newspaper article about the horrible way she had been treated.

She also took the train company to court and won. But then the company appealed the court decision and she lost the case.

Ida was disappointed but she didn't give up. She made up her mind to keep on fighting for black rights and women's rights through journalism. She wrote a weekly column in a newspaper to argue against segregation laws. She was asked to write for other newspapers, her fame grew and her message started reaching people.

In 1891 Ida was fired from her teacher job because of her beliefs. Instead of surrendering, Ida continued her fight for justice.

This is a very horrible and sad thing to explain. Some white people had an unreasonable hatred for black people. If a white person accused a black person, these same white people did not think it was necessary to involve the courts. A big crowd of people would chase and murder the black person accused. Unfortunately this happened many times and most newspapers believed it to be acceptable.

Ida put her life in danger reporting and investigating the horrors of lynching. Slowly she convinced people lynching was wrong.

She also understood that the vote would bring opportunities for black women to elect those politicians who would bring equal rights to all.

There are many more black activists who have fought against injustice. People like Martin Luther King Jr., Rosa Parks, Harriet Tubman, Sougourner Truth, Malcolm X and W.E.B. Du Bois were protagonists in the fight for justice. Look them up and find how they each contributed to the Civil Rights Movement. The fight is far from over and some people still have prejudices towards black people.

For a summary of the Civil Rights Movement in America, visit BBC's Bitesize article.

Gattaldo is an award-winning Creative Director and illustrator. He studied art in Florence and now lives and works with his partner in London.

Fearless, The Story of Daphne Caruana Galizia is Gattaldo's first children's picture book. He was inspired to create a book about the journalist when he saw how the story of her fearless journalism stirred the imagination of his young niece and nephew. Gattaldo wrote and illustrated ‘Fearless' for other children the world over to share.